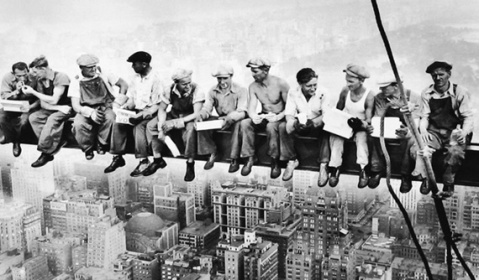 It’s Monday – Some food for thought as you start your week.  But beware – you’ll likely get heartburn.  Or get dizzy.  Or both.

BYRON YORK: Why is the Benghazi military story still classified?

Obama’s War On The Constitution: The president, who first campaigned on a claim to constitutional expertise, is now the document’s biggest threat. (My Only Disagreement  – Obama was NOT a law professor, only a lecturer and poorly received at that)

Gotta See This! “So what’s that old Santayana line about those who forget the past are doomed to repeat it? Can we mix that in with Karl Marx’s line about history repeating itself as farce? Either way, this video juxtaposition of Nixon and Obama, from RevealingPolitics.com, is sure to leave a mark.”  Brothers from another mother???

Easter Egg Roll(ed): Would You Believe Wife of Former IRS Head Is an Exec at Left-Wing Political Action Group?

LAS VEGAS REVIEW-JOURNAL: Holder Becomes A Family Liability. “It is a frightening thing to realize that your top law enforcement officer, the Attorney General of the United States, is a little bit of a Fredo. But that’s what we’re faced with as America discovers that Eric Holder either flat-out lied to Congress, or he’s too damn stupid to be the AG.”

Court challenges could tear down major pieces of ObamaCare

Benghazi Erodes Hillary’s Favorability Ratings  “Back in February, the former Secretary of State and likely 2016 presidential contender sat at a comfortable 61% -34% favorable/unfavorable rating. Today that has dropped to 52% – 40%. It is fairly obvious that, despite the media’s best efforts to protect her, the scandal surrounding Benghazi is finally taking the toll it should.”

Circle the wagons.  Brokaw:  Obama Scandals Not As Bad As Abu Ghraib  “Brokaw seems to be employing a tactic common among has-been journalists these days. They seem to be afraid that any story seen as “bigger” than the stories they covered in their day somehow diminishes their life work, and therefore any suggestion to this effect must be smacked down immediately.”

LOVE NewsBusted!  Check out the clip on Obama not saluting the Marine…

Yesterday I wrote about the movie “Hating Breitbart” and how you all should see it.  My Facebook friend and conservative (yes, you read that right – conservative) Hollywood guy Jason Jones put together this little image for me when I told him my favorite line from the movie – LOVE IT!!

A little bit about Jason & his company…Jason is the President and Founder of Movie to Movement  Its goal?  From the website:  We can change culture, but first we must change Hollywood. By going to see Movie to Movement™ promoted films we support good films, and send a message to Hollywood that more need to be made.  Thank you, Jason, for all you do!!!!!

And here’s why we love Andrew Breitbart and why he still inspires itty bitty bloggers like me & Carl – The man was FEARLESS:  Why Andrew Breitbart Walked Into The Fire With Sarah Palin  GO SEE THE MOVIE!  Check for theaters HERE or demand it be shown in your area.  Be fearless.

IS THERE ANY DOUBT WE NEED CITIZEN JOURNALISTS??  The news today about more conservatives with targets on their backs from this administration is chilling.  James Rosen of Fox News and at least two others were targeted because they were doing their jobs? There is a coordinated effort on behalf of this administration to go after its “enemies” – people who don’t agree with them.  And we need to look no further than Valerie Jarrett to figure out who’s pulling the strings.  I have NO DOUBT that she is orchestrating ALL of this, along with the rest of the Chicago cabal of Axelrod and Plouff.  But guess what, Valerie?  Payback time hasn’t even started yet.

What will it take?

As you go through these and the headlines of other news you read daily, it is useful to remember if you are over 50 that the charges being levied against Barrack Obama are at least equal to those against Richard Nixon. Yes, some have not been proven with a ‘smoking gun.’ The IRS scandal, for instance. However, and repeating history again, Nixon did not actually get the IRS to cooperate with his attack on enemies. He resigned when it was shown he had attempted to do so. That so many groups and individuals have already come out and shown they were audited or prevented from organizing under 501(c)(4), it appears there was a massive (and successful) operation to suppress the vote.

And if bold faced lies about serious matters like the IRS scandal, Benghazi, Fast and Furious, or spying on reporters, are your forte, Barry has been caught dishing them out almost unchallenged. Eventually the weight of those lies, if not the rapidity of them, will be sufficient to begin calls for his removal. Joe Biden be damned. It is that serious.

Finally, the nation is now squarely in dangerous times. Despite the uncovering of rampant corruption and intimidation at the highest levels of government, leaders in both parties are trying to quickly pass legislation that could add up to 33 million currently illegal immigrants into an already over-taxed social welfare system that includes hospitals, schools, law enforcement, and food stamps, to name just a few. Stopping this juggernaut with insufficient protections to our border needs opposition similar to Obamacare, with a reminder to those representatives and senators that would vote for it that it will cost them their jobs. Obama’s corruption isn’t a distraction, but it makes focus on this potential sea change all the more important. It is very Alinsky-like to use multiple crises to take people’s attention away from things. 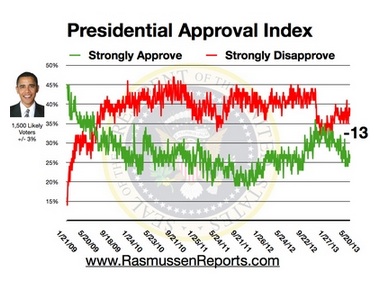 Rogue Regime: Suppress the press: The Obama administration’s history of targeting the media (Rules For Radicals in Practice)

‘Richard Milhous Obama’… (Best Read of Day)
The Clintons Preceded Obama With Enemies Lists
Remember WHODB? It was the Clinton’s illegal database of FBI, IRS files on friends, and enemies. (Nothing New With These Crooks)
White House database used to track big political donors – Collections
The Full Magilla (From People That Archive Corruption, They Also Busted Dan Rather on Rathergate)
Markets
Silver Has Now Had An Insane Day, And Is Actually Higher After Plunging 9%

Prayers to all the victims of the tornados in Oklahoma and surrounding areas.