Comedians Are Jumping On 0bama Big-Time: “What was Obama before all this? He was a community organizer — pretty much a made up job with unknown responsibilities, as far as I can tell. I doubt Obama even knew what he was supposed to do in that job. And after community organizer, he was a legislator who voted yes, no, and present on things — a pretty simple job at which he reportedly was average. So what in his resume gives anyone the idea he would know how to do anything about a huge environmental disaster? What in his previous experience gives us any inkling he knows the first thing about economics? Why are we angry at him for not knowing things there was no reason to ever think he would know? … It’s like we took a fry cook from McDonald’s and decided to make him a neurosurgeon because he looked good in a surgical mask and then got mad at him when he killed his first patient. Who is really to blame here?” –humor columnist Frank J. Fleming  YOU CAN READ MORE OF THIS SPOT-ON ANALYSIS HERE

Serious Pundits Are Jumping On 0bama Big-Time: “Community organizers and law professors don’t know how to handle oil spills. But to the left, it is an environmental issue pure and simple. Each barrel of oil that flows into the Gulf is a sin against nature and alienates those for whom environment is the key issue. And Obama can ill afford to lose them.  So Obama is stuck, drowning in oil with no relief in sight.”  —  Dick Morris  YOU CAN READ MORE OF THIS SPOT-ON ANALYSIS HERE

Generals Are Jumping On 0bama Big-Time: OK, what McChrystal did was wrong but let’s consider the circumstances and environment that made him even consider bad-mouthing his CIC.  McChrystal is history, I’m sure.  0bama has no choice but to fire him.  But what makes an experienced, career General so extremely frustrated that he lashes out like that?  You decide:  Gen McChrystal Apologizes For Rolling Stone Profile Then again, I wouldn’t put it past Rolling Stone and its writers to set up the General.

Impeachable Action? Of course, it will never happen with the current Democrat control of both Houses of Congress, but 0bama’s shakedown tactic with BP could be illegal and beyond the powers of his office (just like taking over GM was.)  Is 0bama’s BP Shakedown An Impeachable Offense? Meanwhile, Texas Representative Barton is forced by the GOP to apologize for his apology to BP….the GOP could have used this to highlight 0bama’s over-reaching authority but they blew another golden opportunity.  And it turns out the 0bama administration knew about cracks in the Deep Water Horizon Well several months ago…and did  nothing about it:  It’s 0bama’s Fault!  White House Knew Oil Rig Could Blow Back in February My Mom has said all along that this was planned so 0bama could gain more control and pass statist energy legislation.  (Mom lived in a fascist dictatorship as a child.)  Always listen to your mother.

All Of This Means: The Most Dangerous President In History

But Never Fear – The Experts Are Here! In this case, though, they don’t have much knowledge about the subject at hand, namely what caused the spill and how to prevent future such disasters:  Oil Spill Panel Experienced in Politics, Not Engineering

DUH!!!!  Supreme Court Upholds Law Banning Support of Terror-Linked Groups The Supreme Court on Monday upheld a federal law that bars  “material support” to foreign terrorist organizations, rejecting a free speech challenge from humanitarian aid groups.  The 6-3 ruling said that the government may prohibit all forms of aid to designated terrorist groups, even if the support consists of training and advice about entirely peaceful and legal activities.  Pay no attention to the guns in our “humanitarian aid” boat…. BUT WAIT!!!  Jimmy Carter’s not happy:  Carter Says Court Ruling Cramps His Terror Talks Please, Jimmy, go back to your peanut farm.

What Will They Think Of Next? The Democrat-controlled Congress still hasn’t passed a budget (it was due April 15.) But they are fretting that if they introduce a document with lots of red ink during an election year it could be bad news for their chances in November – the horror!  So here is their solution: House Dems Prepare Alternative To Budget That Would Avoid Deficit Vote Pay no attention to the $13 trillion deficit…we have not yet begun to spend! EARTH TO DEMS – YOU ARE ALREADY IN TROUBLE IN NOVEMBER!  BREAKING: Hoyer Admits Dems won’t Pass Budget in 2010 And  now Germany is lecturing 0bama on the need to be more frugal – LOL!  Germany Urges US To Focus On Debt Cuts Meanwhile, back at the “Tax and Spend Ranch,”  0bama’s Budget Director Resigns Amid Fears Peter Orszag is the first official to quit the 0bama White House. Look for more, and keep your eyes on Hillary – I still think she plans to run against 0 in 2012.

Here’s What They Thought Of Next! In order to protect 0bamacare from legal challenges, the White House is now calling the healthcare mandate a tax.  That’s right….Dear Leader himself vehemently denied the individual mandate was a tax in an interview with Stephanapoulos last year.  But now the tune has changed and it looks like the DOJ is arguing that state courts can’t interfere with the federal government’s ability to require you to purchase healthcare OOPS!…. I mean collect taxes:  Hot Air – Healthcare Mandates Are Taxes After All 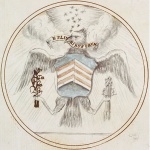 “Out of Many, One.” Did you ever wonder about the significance and symbolism of our national seal?  The Heritage Foundation has an excellent explanation on their site:  Our National Portrait:  The Great Seal of The United States As we prepare to celebrate another Independence Day, this is great background as to why and how the Seal was adopted.  The Great Seal reflects America’s universal and timeless ideas of liberty, self-government and virtue.  Little known fact:  the Seal also contains the phrase “God Approves.”  Take that, progressives!

Aloha (Goodbye) To Civil Unions?  Here in Hawaii, we are awaiting Governor Lingle’s decision on the Civil Unions bill that passed the legislature on its last day in session…as a surprise.  Lingle has until July 6 to veto the bill and it was placed on a list of possible vetoes yesterday.  Hawaii Gov Buys More Time On Civil Unions Bill

It’s Still Leaking Like A Sieve. No, I’m not talking about the oil spill (although 0bama still hasn’t plugged the hole or sucked up the oil with a straw.)  I’m talking about our border.  John Kyl of Arizona had a private “tete a tete” with Dear Leader recently and guess what?  0bama told Kyl he’s not going to do anything about the border until he gets amnesty.  Here’s a video of Kyl at a townhall meeting explaining what 0bama told him.  In Kyl’s words. “He’s holding it hostage.”  Can you say “impeachable action” yet again??? UPDATE:  As expected, 0bama has his minions out denying Kyl’s assertions:  White House Says John Kyl Story Not True

More Lies. In the most outrageous hardly-reported story of the week, it turns out that drilling experts who supposedly recommended a six-month moratorium on off-shore drilling actually did  no such thing.  The moratorium provision was added by the 0bama administration after the document was signed.  Are you kidding me?????? Crude Politics I CAN SEE NOVEMBER FROM MY HOUSE!!!!

BREAKING NEWS – JUDGE STRIKES DOWN DRILLING MORATORIUM.  Ah yes, I love the smell of oil in the morning.

Hey Neil – Would You Like Some Tea? I LOVE this story….Neil Abercrombie (aka AberCommie) is running for governor of Hawaii.  He recently opened his Maui campaign office with much pomp and circumstance.  In attendance were progressives and union bosses, hard-core Democrats and….TEA PARTY MEMBERS?  Yep – it turns out members of the Maui Tea Party group weren’t happy with Neil and the fact that he said they were led by “cynical sociopaths.”  AberCommie also claimed the Tea Party people will “dissipate into the sand.”  So 22 Tea Partiers decided to talk to Neil in person…at his grand opening….was he ever surprised!  Jaws Drop As Maui Tea Party Walks Into Abercrombie HQ Opening They had their pictures taken with good ole Neil and even gave him a bumper sticker.  They also ate some of Neil’s food.  LOL!  (As an aside: Neil deserves the commie moniker – he was a BFF of Barack 0bama Sr. and hung out with Frank Marshall Davis, 0bama’s pervert communist mentor:  Barack 0bama’s Surrogate Father)

Jack Webb To The Rescue! Great videos showing Webb schooling 0bama on Respect For Police and  America Sure makes me miss those great, old TV shows!

Perfect Analogy of Government (In)Efficiency. Government Efficiency As Explained by the Changing of a Lightbulb Here’s a sneak peek:  During his daily press conference with CNN, CBS, and MSNBC, President Obama is asked about the light bulb problem and he states that he is “deeply concerned” and vows to appoint a special task force to address comprehensive light bulb replacement reform. Ah yes…and so it goes!

Al Gore Trying to Be Tiger Woods.  Yes, the rumors are flying about The Goracle’s numerous infidelities, including a two-year long affair with Laurie David (ex-wife of Seinfeld creator Larry David.)  All I can say is YUCK!  Al Gore Cheating Scandal Erupts Let the global warming jokes begin….

Final Thought: “I get up, and nothing gets me down.  You got it tough.  I’ve seen the toughest around.  And I know, baby, just how you feel.  You’ve got to roll with the punches to get to what’s real….Ah I might as well jump.  Jump!”  Alex Van Halen, Eddie Van Halen, David Lee Roth