Hump Day Report: The End of the World….*

ALOHA, ALL!  All this talk about how the world was supposed to end today.  Now everyone is saying “NOT!”  But not so fast…our world is ending, maybe not in the physical sense but in the moral and philosophical sense.  How did the Mayans know the US would elect a president (twice) hell-bent on “fundamentally transforming” our nation?  How did they predict that he would succeed?  Fiscal cliff, decimated military, class warfare, lack of transparency.  Lies.  Lies.  Lies.  All these are the hallmarks of Obama’s presidency.  So even though the world is still turning, our world in the United States of America is turned upside-down.  And Americans feel fine.  Welcome to the new normal.  (P.S.  As I write this, just heard Dear Leader is speaking in about 30 minutes.  He’s SO awesome!!!)

The cliff gets closer.  Conservatives Stand Their Ground  “Lacking votes from his own party, Speaker John Boehner (R-OH) called off consideration of “Plan B” last night, sending lawmakers home for Christmas instead. When the dust settled, conservatives stuck to their principles: to cut spending without raising taxes.”

Have you heard of all the potential mass murders that were prevented….because of concealed carry?  Of course not.  You can read about them here:  We Know How To Stop School Shootings

Works for the Israelis.  NRA Calls For Armed Guards at Every School  “The only thing that stops a bad guy with a gun is a good guy with a gun,” Wayne La Pierre said. “I call on Congress today to act immediately to appropriate whatever is necessary to put armed police officers in every single school in this nation – and to do it now.” 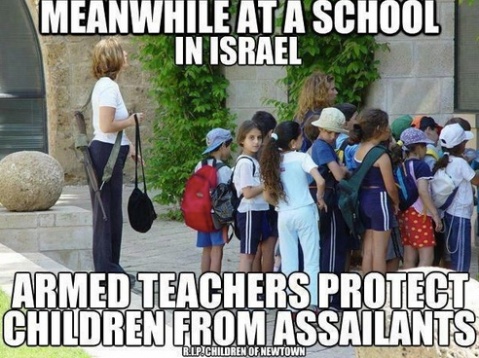 Surprise, surprise.  Obama to Nominate Kerry as Secretary of State   “Obama praised Kerry, a former Democratic presidential nominee, as the “perfect choice to guide American diplomacy in the years ahead,” and heralded his service in Vietnam and the U.S. Senate.”  Barf.

There’s pork in there???  I’m shocked!  Amendement Cuts Pork From Hurricane Sandy Relief Bill  “Senator Coats noted that about two-thirds of Obama’s proposal, as packaged by the Appropriations Committee, is extraneous to the immediate needs of hurricane victims. The Senator’s $23.8 billion measure would strip out $13 billion in funding to mitigate the next potential storm, and also strikes all but $2 billion of an outrageous $17 billion Community Development Block Grant slush fund.”

*As We Know It.  Fitting theme song. 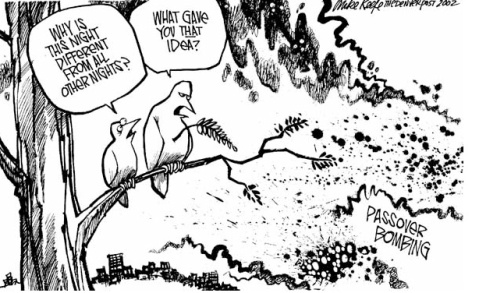 ALOHA, ALL!  In the spirit of the season, Egypt has recognized the Jewish solemn holiday of Passover by sending them a bomb.  Remember when Obama praised the Egyptian uprising?  Remember when he said The Muslim Brotherhood wasn’t anything to be concerned about?  Remember when he threw the Mubarak administration under the bus?  Nice going, Barry.  You are showing your ineptitude yet again.

Radicals are now in control of Egypt, something you said would not happen.  In fact, you said this in February, 2011:  “I think that the Muslim Brotherhood is one faction in Egypt. They don’t have majority support in Egypt.”  Obama: No Fear of M. Brotherhood – Defense/Middle East – News – Israel National News

You sure gave them a warm welcome at the White House.    The Muslim Brotherhood’s Charm Offensive in Washington | FrontPage Magazine  “the unprecedented access that the Brotherhood’s delegation has been afforded, including meetings with officials at the National Security Council and the State Department, can only serve to boost its domestic legitimacy. Nor did it hurt the Brotherhood’s image that the Obama administration, rather than condemning its decision to run a presidential candidate despite promising to abstain, praised the Brotherhood’s candidate as a more moderate alternative to the Salafist candidate in the race.”

AND WHY DID YOU JUST GIVE THEM $1.5 BILLION?????  KUNA : White House releases USD 1.5 bln aid to Egypt, meets Brotherhood figures – Politics – 05/04/2012  And your mouthpiece Jay Carney also said this today:  “Anyone who has paid any attention to the post-revolution developments in Egypt knows that the Muslim Brotherhood will be a major player.”  Really, Barry??  You are so out of your league.  If the future of the country wasn’t at stake it would be laughable.

UPDATE – Here’s why Obama gave them $1.5 billion – so they can give it back to him!  (Shaka to Biz for this clear and obvious explanation.)

On a related note:  Obama’s Confidence Hints at Hidden Powers Shaping Election – Godfather Politics  “Taken with the recent open-mic incident in which he promised the Russians he’d be more flexible after his re-election, Obama’s confidence in his continued authority leads to a strong suspicion that the fix is in. Again.”

Of course, Obama can’t help but pander.  A Passover Message from the Obama Family | The White House  “Starting tomorrow night, the Jewish community in the United States, Israel, and throughout the world will come together to celebrate the holiday of Passover. President and Mrs. Obama will join them, continuing their tradition of hosting a small Seder at the White House.”

This story sure is getting a lot of attention.  Figures the “American Idle Worker” who won the video contest is from Hawaii.    And here’s what they spent $823,000 of YOUR tax dollars on at their marvelous convention.  The White House has known about this for 11 months and is just now doing something about it….because it’s in the news:  Your tax dollars at work: Here’s what they were doing at that blowout GSA conference in Vegas « Hot Air

Jesse’s daughter has a new gig.   Fox Veers Left, Hires Jesse Jackson’s Daughter | Expose Obama  “Jackson will join a growing legion of left-wingers at Fox that includes Jehmu Greene and Sally Kohn. Greene is the former president of the Women’s Media Center,which was founded by Jane Fonda,Robin Morgan and Gloria Steinem,and Kohn is a former senior strategist for the Soros-funded Center for Community Change.”

Do Barry’s speeches sound familiar?  Sad video confirmation: Obama’s speechwriters just phoning it in now « Hot Air  “Maybe he’s been giving the same three speeches since 2009 and nobody’s noticed because we’ve all tuned him out.”

UPDATE – Holder responds to Fifth Circuit judges (but not without sending a not-so-hidden message to Justice Kennedy):  Holder sends letter to Fifth Circuit: Courts are supposed to presume that laws are constitutional, you know « Hot Air  “…there was no way O wasn’t going to use the letter as an opportunity to plead his constitutional case on ObamaCare. The court wanted a statement of the DOJ’s position on judicial review but Holder naturally gave them a little more than that.”

Final Thought:  “Remember this day, on which you went free from Egypt, the house of bondage, how Adonai freed you from it with a mighty hand….” ~ Exodus 13:3.

A Very Happy Easter and Blessed Passover to all HDR Readers!