The Dems like to paint the GOP as the party of rich, ancient, white men who are out-of-touch with the “people.”  I guess they’ve never heard of Susanna Martinez, Sarah Palin, Cathy McMorris Rodgers, Nikki Haley, Marsha Blackburn, etc, etc.  They also must not have heard of Tim Scott, Marco Rubio, Ted Cruz, Allen West, etc, etc.  Oh wait – they’ve heard of them they just choose to ignore them.  Because the more the Democrat Party pushes the narrative that the GOP is a dead party, the more they think they will remain in power.  This whole government shutdown situation and the pending debt ceiling battle truly show who the party of “no” and “out-of-touch is”….and it’s not the GOP.  Don’t get me wrong…I get miffed with the GOP at times, too.  But they seem to have the best solution for the future of this country, not grumpy old men like these guys. 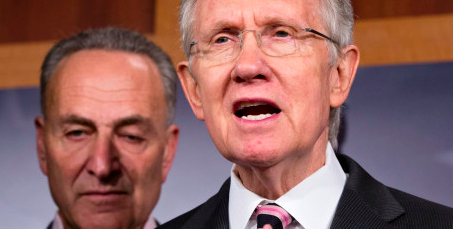 Obamacare Marketplace:  Personal Data Can Be Used For Law Enforcement and Audit Activities

Don’t Believe the Debt Ceiling Hype:  The Federal Government Can Survive Without an Increase  (Shaka to Brett)

Paul Ryan:  Here’s How We Can End This Stalemate

Hey…did you hear about how we caught this bad guy?  Why Now?  US Nabs Top Al-Qaeda Suspect Known for Years

And wait it did … until a random day in early October 2013, when the U.S. government suddenly decided that it needed, urgently, to snatch an unsuspecting al-Libi off the street in Tripoli, where he had been living since the end of the Libyan revolution with his wife and four children.

Soon, Secretary of State Kerry was crowing about how terrorists “can run but they can’t hide” – but the thing was, al-Libi hadn’t been running or hiding for a long time. The U.S. knew perfectly well where he was for at least the prior two years — and didn’t seem to care.

Not sure Kerry has the right to “crow” for a number of reasons, especially this one

John Kerry at the 2013 APEC Summit in Indonesia

Hey Dems….This is the face of leadership and today’s GOP.  Get used to it.

Carl’s Contributions:
Today’s Watergate Fact Worth Noting: While There Was a White House Enemies List, Richard Nixon Did Not Assemble it. It Was Put Together by Chuck Colson and John Dean. Colsen Went to Jail, but Dean Was Given Immunity (For Testimony That Led to Nixon’s Resignation)
IRS ABUSES

DC IRS headquarters targeted conservatives  (Like a Fast-Moving Fuse, This Criminal Scandal Is Changing Each Day.  GILIA ASKS:  Didn’t they say it only happened in the Cincinnati office?)

REPORT: IRS targeted news anchor after Obama interview  (Textbook Example of Obama’s Abuse of Power)  The President’s face clearly showed his anger; afterwards, his staff which had been so polite … suddenly went cold.

RELATED and ICYMI:  Susan Rice received the ‘Great American Award’ the night before the Benghazi hearing.  She supposedly received the award for ”her work in advancing U.S. interests, strengthening the world’s common security and prosperity, and promoting respect for human rights.”  Wow.  (Shaka to Scott) 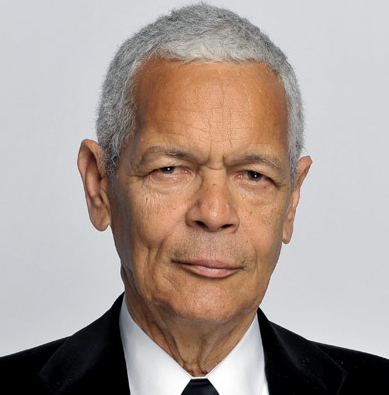 Hey Julian – speaking of groups that are like the Taliban….how about that New Black Panther Party???

Former NAACP Chair Julian Bond: IRS Targeting Tea Party ‘Legitimate’ Because They’re ‘Taliban Wing Of American Politics’
Bond Bio
NBC Investigative Reporter: Admin Has History Of Intimidating Press (Investigative Reporter, NBC – Not Heard In Quite A While)  GILIA ADDS:  So now you’re crying about this?  Where were you last year before the election?  Oh yeah…that’s when Barry was your BFF.  Grow up & wise up!  Here’s the video – gotta love the feigned outrage of “Morning Joe”:HAD ENOUGH YET?  Here’s how to contact Congress:  Complete List of Email & Fax Numbers

GILIA ADDS…ALLEN WEST KNOWS HOW TO FIGHT THE LEFT – and it’s not with fairness: