Carl with his Dad

Most Important Order of the Day….Yesterday I linked to a post at Nebraska Energy Observer about the Battle of Midway.  It turns out the 91-year-old father of our own HDR contributor Carl is the last known surviving member of  VMSB241 – the Marine Aviation unit that was the first in at Midway. He later joined the unit at Guadalcanal, where he distinguished himself in battle. His unit was also near Pappy Boyington’s 214, and Ace and later governor Joe Foss. FDR even let Lindburg fly a mission with the Marines during that time.  We salute you, Mr. B, and thank you for your bravery and service to our country!

Obama is “thrilled.”  How lovely for him.  So all you need to do is go out and lie about Americans dying in a brutal terrorist attack and you get a cushy job.  The Peter Principle at work.  Maybe Lois Lerner will be the new UN Ambassador.  Oh wait….that’s Samantha Power.  Wife of Cass Sunstein.  I rest my case.

Our reader with long-time employment history at the IRS Criminal Investigation Division writes to comment:

The chairman of an anti-gay marriage group testified Tuesday that his organization has proof that the IRS leaked confidential donor details last year, calling for prosecution into what he described as a “felony.” ”
Read more here.

He’s right, it’s a 6103 violation and a five- year felony for whoever made the disclosure. If I were that person right now, I’d be a) sweating bullets, lawyering up (and possibly taking Five to Congress) and b) wanting to play Let’s Make a Deal for the name behind door number 1.

So you know the Tea Party and Conservatives in general have been targeted and abused by the IRS. But do you know some of the left wing causes that are tax exempt and tax deductible?  Gilia Adds (with a Shaka to Scott):  Add terrorist front Group CAIR to that list of tax exempts

Yes, this is a new scandal: SNEAKY OBAMA AIDES USE SECRET EMAIL (EPA was already caught doing this, but it is much wider – think Nixon’s Watergate tapes, and the 18 minute gap!)

Treachery Has a Face: Tiananmen Square online searches censored by China… (and it’s name is Google) 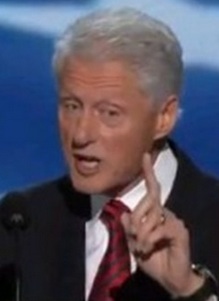 Speaking of Lies, How’s That Global Warming Working Out For You?

ALERT THE MEDIA!  NO PARTY @JOE’S PLACE THIS YEAR:  Biden Cancels Annual Summer Party With Reporters  “Though the Biden party has been canceled, journalists are instead expected to be invited to an entirely off-the-record beach party at Eric Holder’s house. Reporters who would like to RSVP in the affirmative are asked to simply pick up their (or their parents) home phones and say “Junior Cronkite is a ‘go’ — repeat, Junior Cronkite is a ‘go’” loudly and clearly.”  LOL!!!!!!