Hump Day Report: The War That Blew Up in Obama’s Face 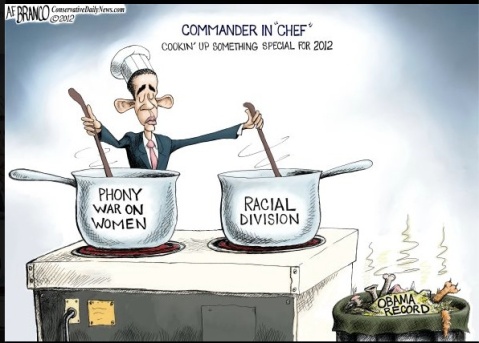 ALOHA, ALL!!  Wow.  What could possibly make Barack Obama, Michelle Obama, David Axelrod, Jim Messina, Joe Biden and numerous other “defenders of women” come out on the same day and throw a woman under the bus?  That woman letting the cat out of the bag.  Here’s the thing:  the left has always had a disdain for stay-at-home moms.  Remember Hillary Clinton’s famous remark about how she’s not staying home baking cookies?  After all, that would mean she’s doing menial things like preparing meals for a family and tending to basic household needs.  People like Hillary have nannies for those unimportant tasks!!!!  So now another Hilary (hmmm…odd coincidence), Hilary Rosen (with one l – apparently she wasn’t named after a famous mountain climber like Clinton was) has a moment of complete candor and the Democrat spin machine goes into full tizzy mode.  LOVE. IT!

Too little too late.  Democratic strategist Rosen apologizes for attack on Ann Romney | Fox News  “Guess what, (Romney’s) wife has actually never worked a day in her life,” said Rosen, who has twins with ex-partner Elizabeth Birch.”  (Sidenote:  Birch is a former Chair of the National Gay and Lesbian Task Force.  She runs Rosie O’Donnell’s production company.  Oh…I see she also graduated from the University of Hawaii.)

And who does Rosen currently work for?  Hilary Rosen | SKDKnickerbocker  Note the names on the masthead.  Does “Anita Dunn” sound familiar?  But no worries – I repeat….Rosen has NOTHING to do with Obama’s campaign.  But wait….didn’t The One himself raise the “not working” theme just days before?  Video: Obama Lays Groundwork for Rosen’s Attack on Ann Romney  Coincidence that both he and Rosen are beating the same drum?  RIIIIIGHT!

Ann Romney ROCKS!!  Ann Romney | Hilary Rosen | Fires back | The Daily Caller  “Look, I know what it’s like to struggle,” she said. “And if maybe I haven’t struggled as much financially as some people have, I can tell you and promise you that I’ve had struggles in my life. And I would love to have people understand that Mitt and I have compassion for people that are struggling, and that’s why we’re running.”

Ha Ha Ha!!  Oh my: Obama White House paying women employees less than men? « Hot Air  “According to the 2011 annual report on White House staff, female employees earned a median annual salary of $60,000, which was about 18 percent less than the median salary for male employees ($71,000).”

There IS a war on women, and here are the details.  The Democrats’ War on Women | FrontPage Magazine  “And make no mistake: when 41 percent of women are having children out of wedlock, Democrats are not just waging a war against women. It’s a war against children as well.”  Excellent article!!

This guy thinks I’m a racist because I posted the audio of the New Black Panther Party threatening to kill white people:  Unzipping The Mitt  Of course, he “…strives daily to hold back the surging tide of conservative lies, race-baiting, fear mongering and social agitation that the right wing would love to see on the streets of America in the days leading up to the 2012 election.”  LOL!!!!!  Check out his blog.  Striking.

RealClearPolicy- Keep American Military Manufacturing in American Hands  Seems like a no-brainer.  So why isn’t it?  “The letter outlined grave concerns over a recent disturbing pattern by the Department of Defense (DOD) to procure military weaponry and aircraft from corrupt foreign countries hostile to U.S. national security interests, and from foreign companies supplying these corrupt nations (including Syria) with weapons used to commit mass atrocities against their own people.”

North Korea Rocket Launch Fails – WSJ.com  A dud.  “…it blew up less than two minutes into flight and parts crashed in the Yellow Sea off South Korea.”

Voter fraud allegations widen in Vernon – latimes.com  More evidence, this on a local level.  But Eric Holder thinks there’s no problem.  “The city of Vernon on Wednesday was roiled by allegations of widespread voter fraud, including charges that outsiders were brought in to influence the city’s first competitive election in years. The Chamber of Commerce says that nearly 30% of the registered voters in the city don’t actually live there.”

Hoopster In Chief Has Own Image on Ball* – ABC News  Seriously???  “Using a special basketball festooned with his own image, President Obama shot some hoop today with former NBA players, Harlem Globetrotters and kids attending the White House Easter Egg Hunt….He then moved on to tennis with Chris Evert. The tennis balls did not have his image on them.”  Well thank heaven for little favors. 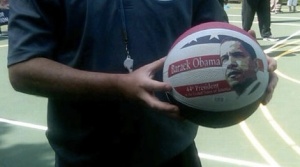 Final Thought:  “Thanks for making me a fighter.”  Christina Aguilera.  This is dedicated to Hilary Rosen and her ilk, most notably Barack Obama.  Oh…and the guy who called me a racist.    You thought I would forget, but I’ll definitely remember – in November.

4 responses to “Hump Day Report: The War That Blew Up in Obama’s Face”